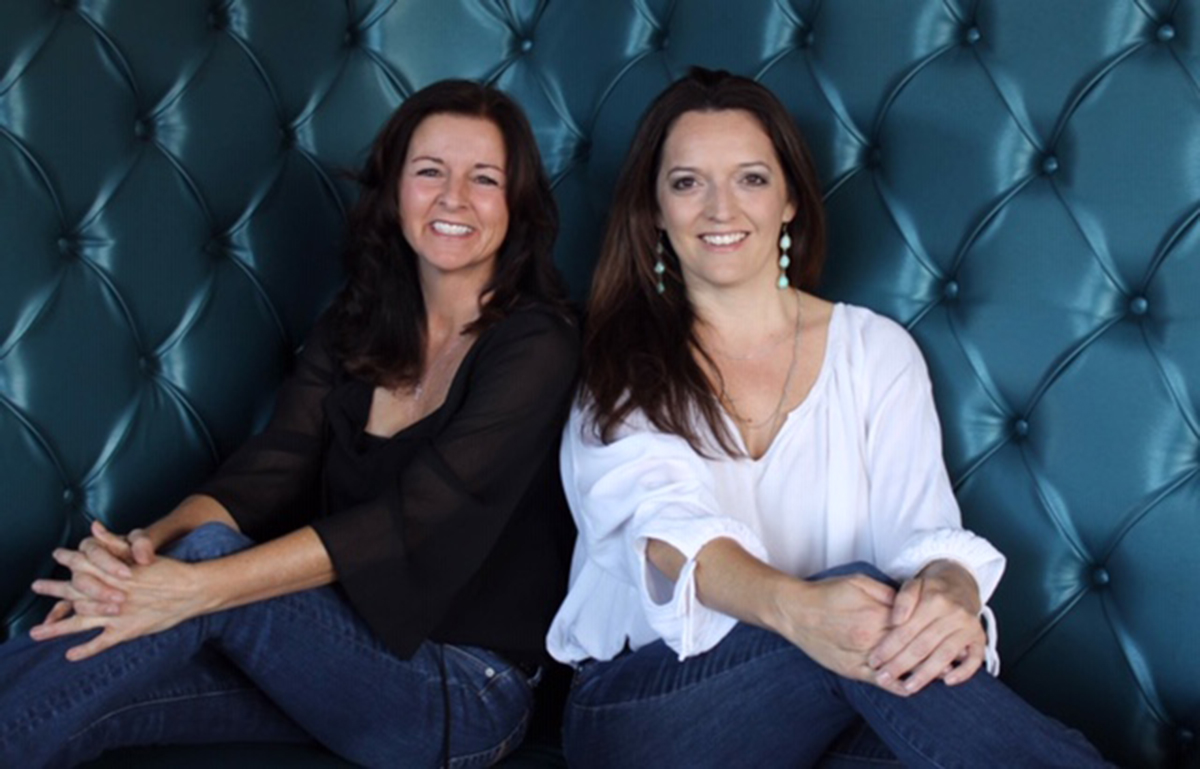 For some, finding the path to their dream career takes some time. Design Institute of San Diego graduate Gina Florentino was set on her path after working on a Poway remodel in 2010. Gina fell in love with the project and knew it was the start of something great. “When the project was done I sent photos to a few magazines and was able to get it into San Diego Magazine. I knew then that this was my passion and I could make a living doing what I love to do,” Gina explains.

This realization led her to DI in 2012 to pursue a formal education in interior design. The Fast Track program allowed her to graduate in December 2014.  “I knew this was where I belonged when I became overwhelmed with emotion as I walked down the hallway that displayed student projects for each year of school,” says Gina. As a student, she continued to take on design projects in between classes and semesters. After graduating, she focused on growing her business. 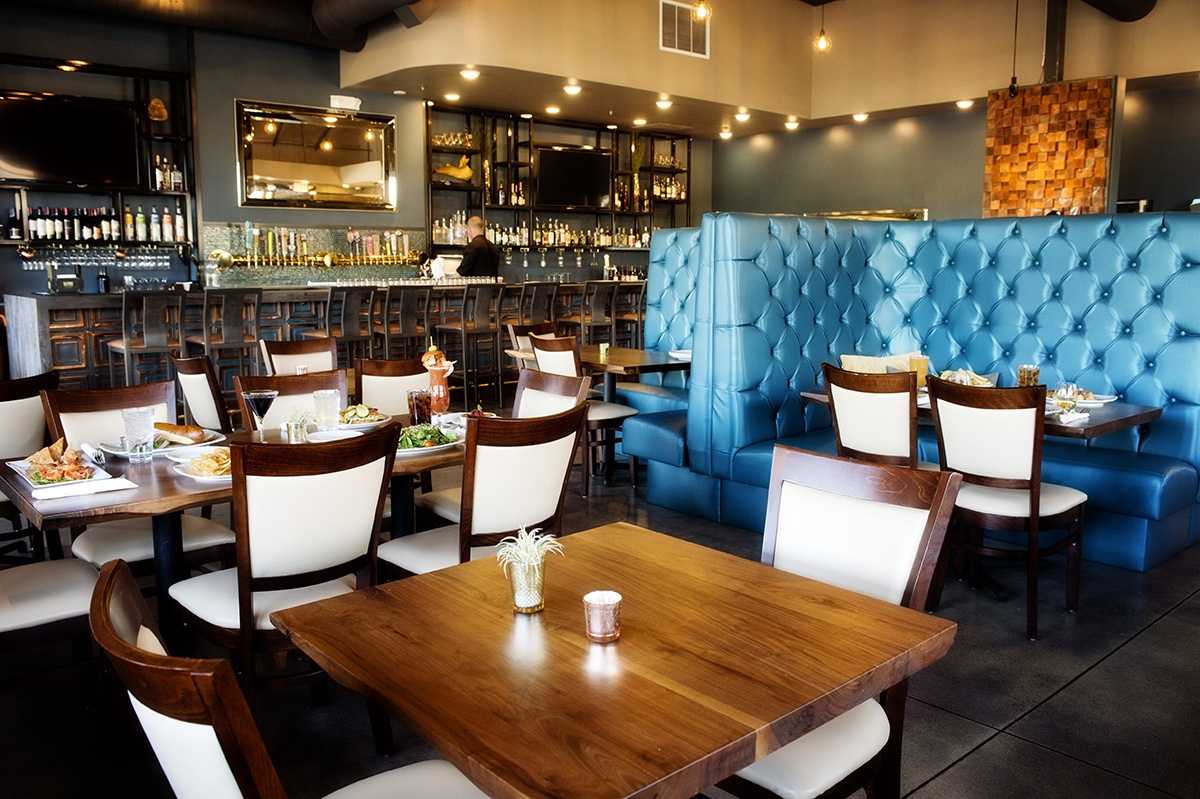 A look at the dining area in Public House 131

Since she graduated, Gina has completed over 90 residential and commercial projects, a majority of which she landed through word-of-mouth and with very little marketing. Her most recently completed restaurant design project Public House 131 in the Scripps Ranch/Poway area of San Diego was referred to her by a general contractor she worked with in the past. When the clients first approached her, she was already working on two other restaurant projects: Brewheim, a brewery in Anaheim, and Umami, a sushi restaurant in San Marcos.

Gina began working on the Public House 131 project in February 2018 and the team had a deadline of August the same year.

Their doors officially opened in early October. “The client was not sure what he wanted to do with the space,” Gina shares. “However, he did know that he wanted it to be a place where customers could come to enjoy a nice meal with great ambience. He showed me his food and spirits menu which helped me to create a space that would complement his price range. He also introduced me to two of his investors that wanted to be a part of the design. I worked closely with both of them to design a swanky yet industrial space they could all be proud of.” 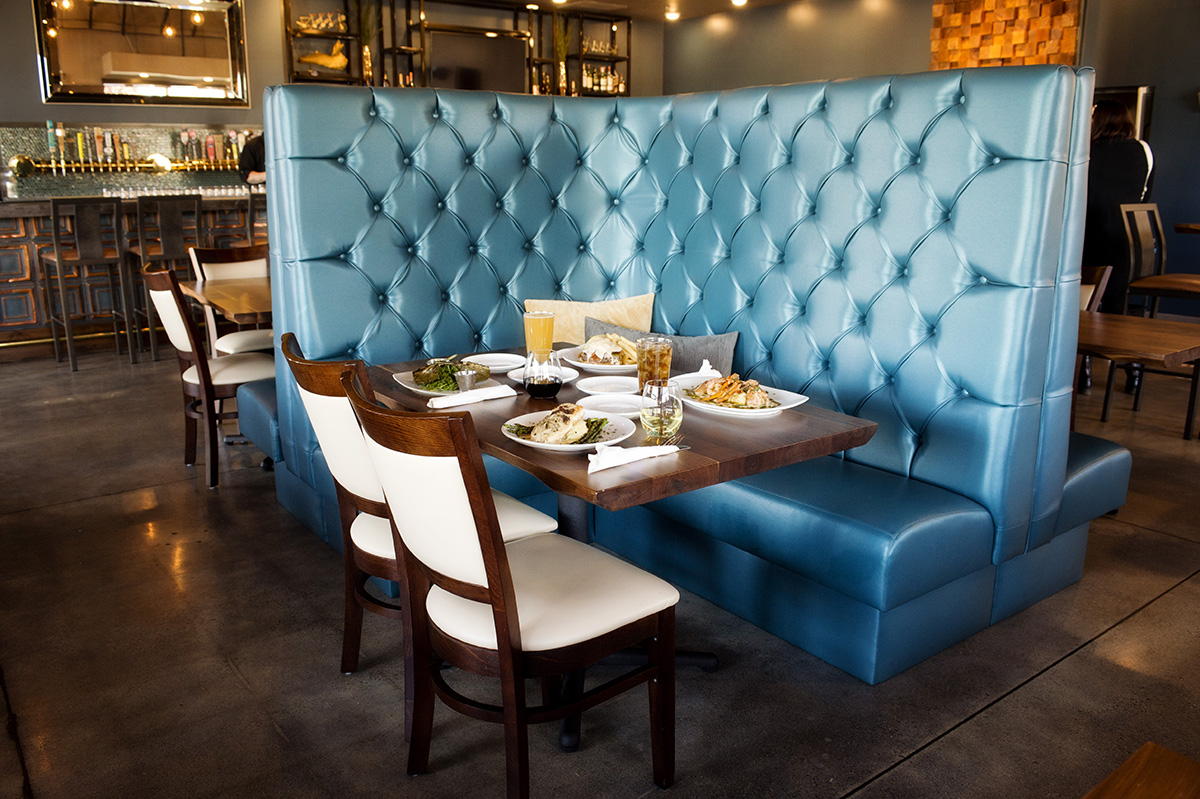 Because Gina was juggling so many projects at once, she sought the help of fellow DI graduate (class of 2017) Alynn Etzler of Sensational Living Designs in May to help out with the Public House 131 restaurant project. “Alynn and I work very well together; she is who I call when I need help. I have a lot of respect for her and her choices in design. We collaborated on materials and finishes as well as furniture and lighting. She was a great asset to have on this project.”

Alynn was happy to come on board.

“I primarily was there to help her with material selections, lighting and lighting placement, wall coverings as well as furniture along the way,” she explains. “But we basically bounced ideas and concepts off of one another to make sure that we came up with an ideal space with a cohesive color palette that the patrons will want to return to over and over.” 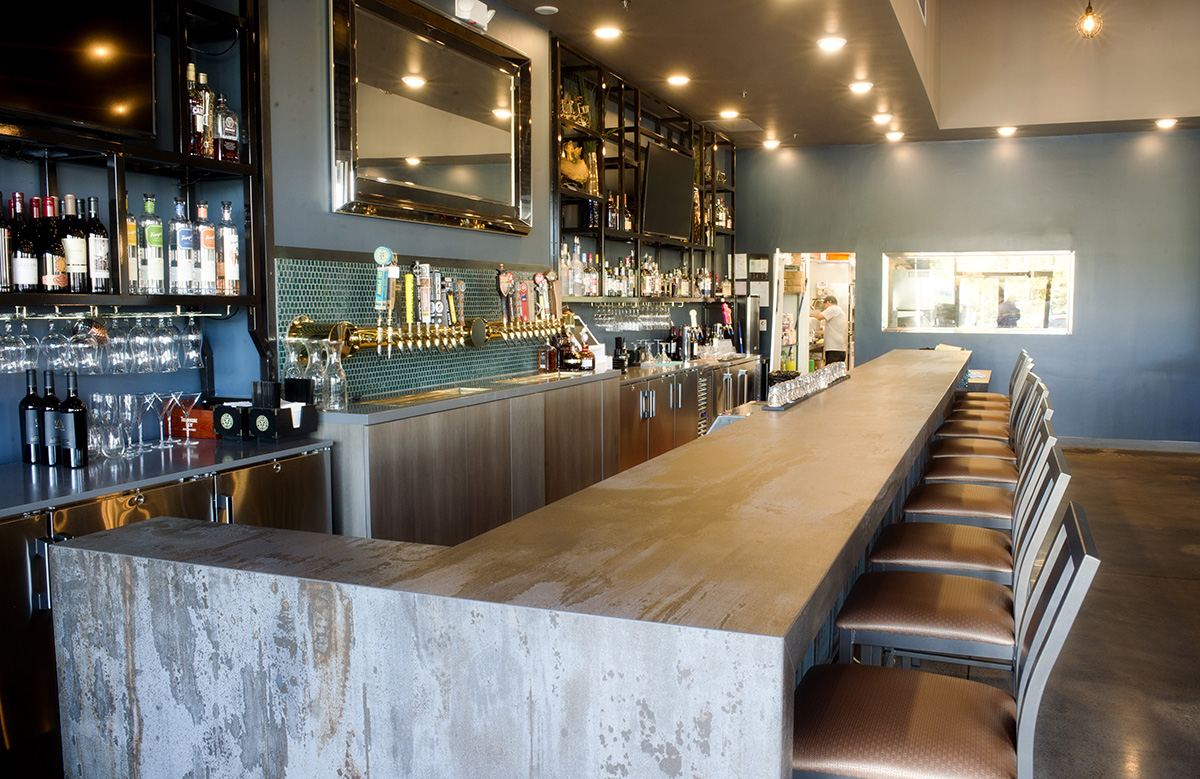 A view of the bar at Public House 131

The project moved along at a great pace, not without a few challenges that smart designers Gina and Alynn were able to navigate around. “Like every project I’ve worked on, budget is always the biggest challenge. There never seems to be enough money so you have to be savvy in your selection of finishes,” Gina notes.  “Be willing to search for better pricing on everything. Creating a space that the client will be proud of takes research and effort.”

Alynn recalls having to do some creative problem solving with the lighting. “To find the perfect lighting for a project and find it the perfect location within a space is so incredibly thrilling,” says Alynn. “With that said, lighting can also be the nightmare. We were dealt with an existing soffit that wouldn’t allow for the pendant lights to hang where they needed to. So, instead of ‘just’ putting them up, Gina and the electrician have decided to create a clever extension that will be used to suspend the lighting.”

In the end, the client was thrilled with how the space came together. “When the owner and all 12 investors are thrilled with the outcome it makes me feel like I made the right choice in becoming a designer,” Gina says. 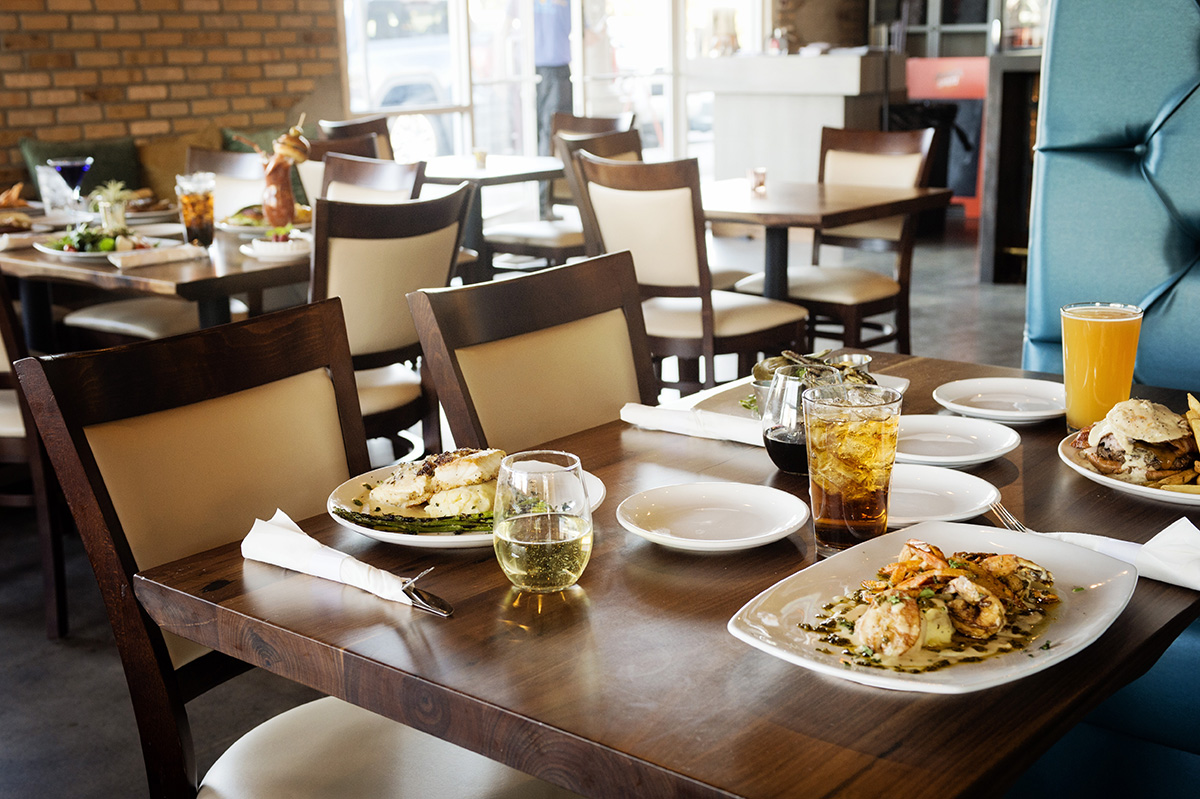 The two credit their education at DI as key to being successful interior designers.

“DI was an integral part of preparing me for my career in design. Learning the different parts of design such as commercial codes, that at the time I didn’t think I would ever use, are a part of my daily vocabulary now,” explains Alynn. “There are many examples that I have found in the past year and a half where ‘A-ha’ moments arise, and [I] realize the purpose of a class assignment.” “DI offers not only an amazing education but a realistic one,” Gina adds. “The intensity of the design courses are really no different than real projects in this industry.”

To stay up to date with Alynn, find her at: